The Cats of Fez, Morocco

Having just returned from Fez, Morocco, I was struck by all the colors, sights, sounds, and smells - and how everywhere I looked I saw cats. 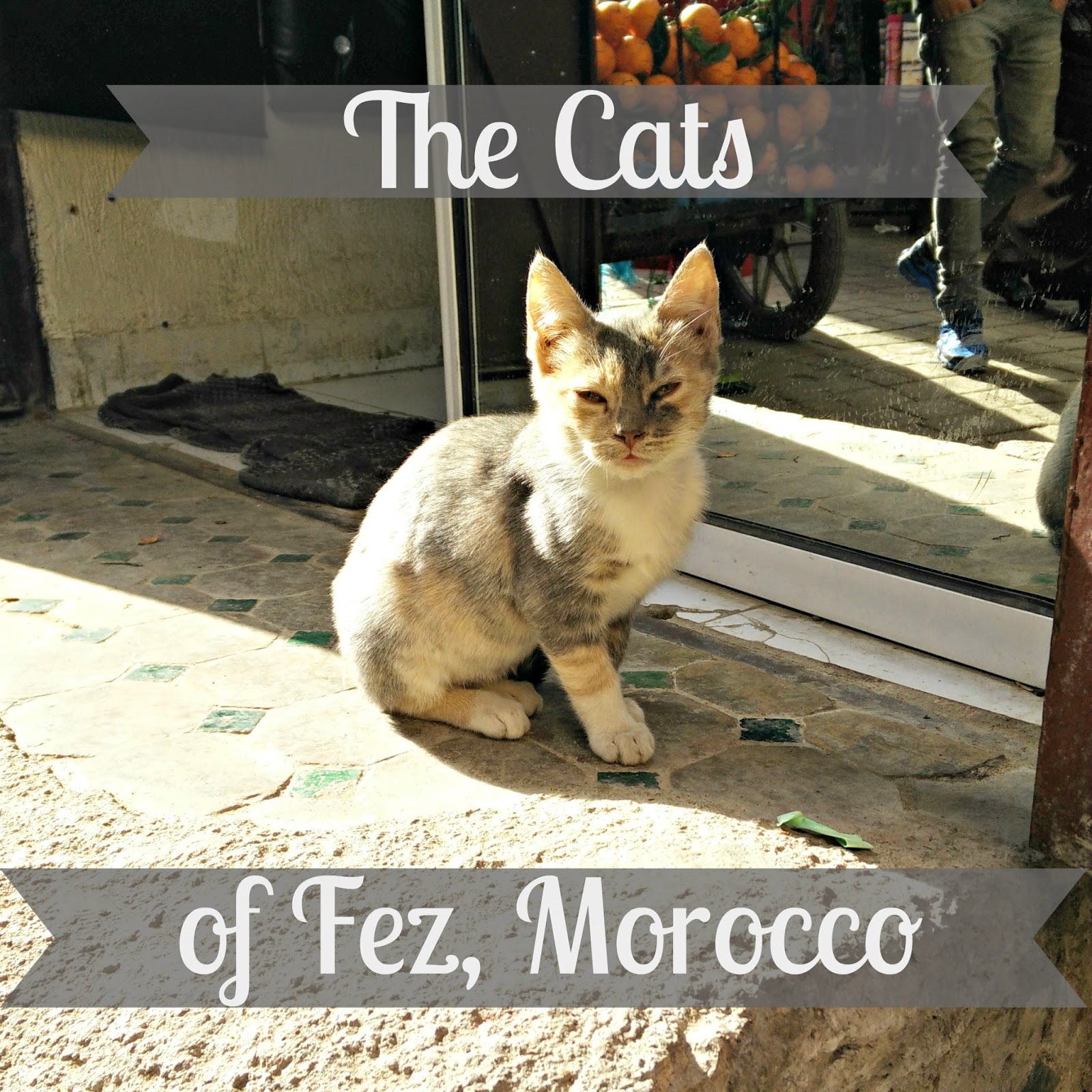 If you're wondering why I would begin describing a trip with cats, bear with me for a moment. I would be a card carrying member of the Future Crazy Cat Ladies of America Club, if such a thing existed (someone, please get on this, stat.). As such, I'm already drawn to the random cat on the street, but there are so many more opportunities to make four-legged friends in Fez than in Tilburg. And I wasn't on my own either - my friend Megan was also stopping to talk and pet the cats and took many of the pictures here today.

While walking around the medina, it's hard not to notice the stealthy bodies streaking along the walls of the souks, or occasionally sitting right on the merchandise. They're everywhere and most are so used to people around that they have no or very little fear of being approached by strangers for a scratch on the chin.


But just because they're everywhere doesn't mean the cats are thought of as pets like you find in the Netherlands or the States. We were told by our host at our riad that actively and purposely keeping a cat in the house would qualify you as the "crazy neighbor." Seeing these crazy ladies stopping and taking pictures and talking to the cats was amusing for some shop keepers we came across - and some offered to throw in a cat for free with a purchase. It seems like many of the locals in Fez treat all the cats as just a part of the landscape. 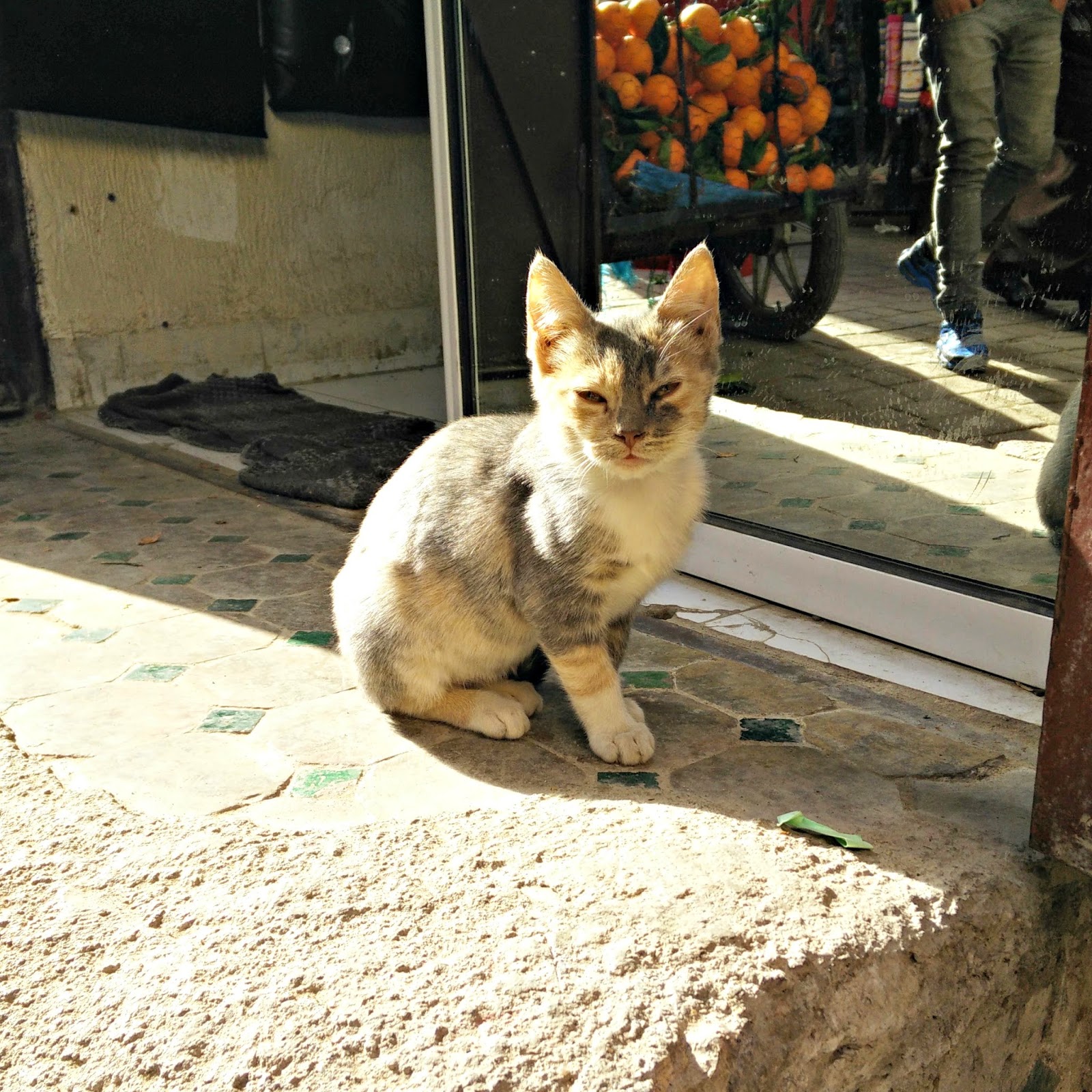 Especially around the fruit/vegetable/meat/bread/grain souks, the cats help keep the real pests away. As such, no one really shoos the cats away, and sometimes they're allowed inside or rewarded for their work with some company or a little treat. 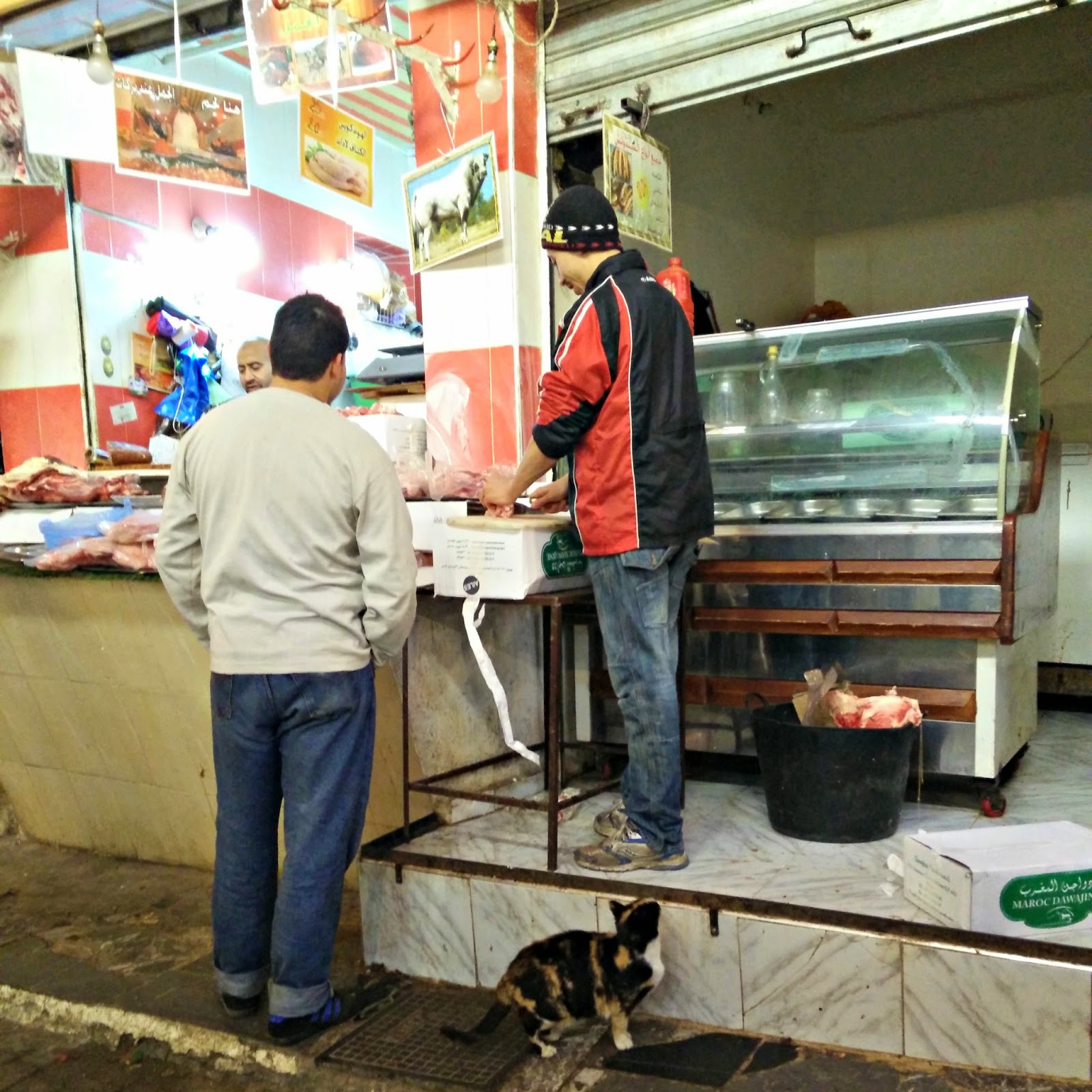 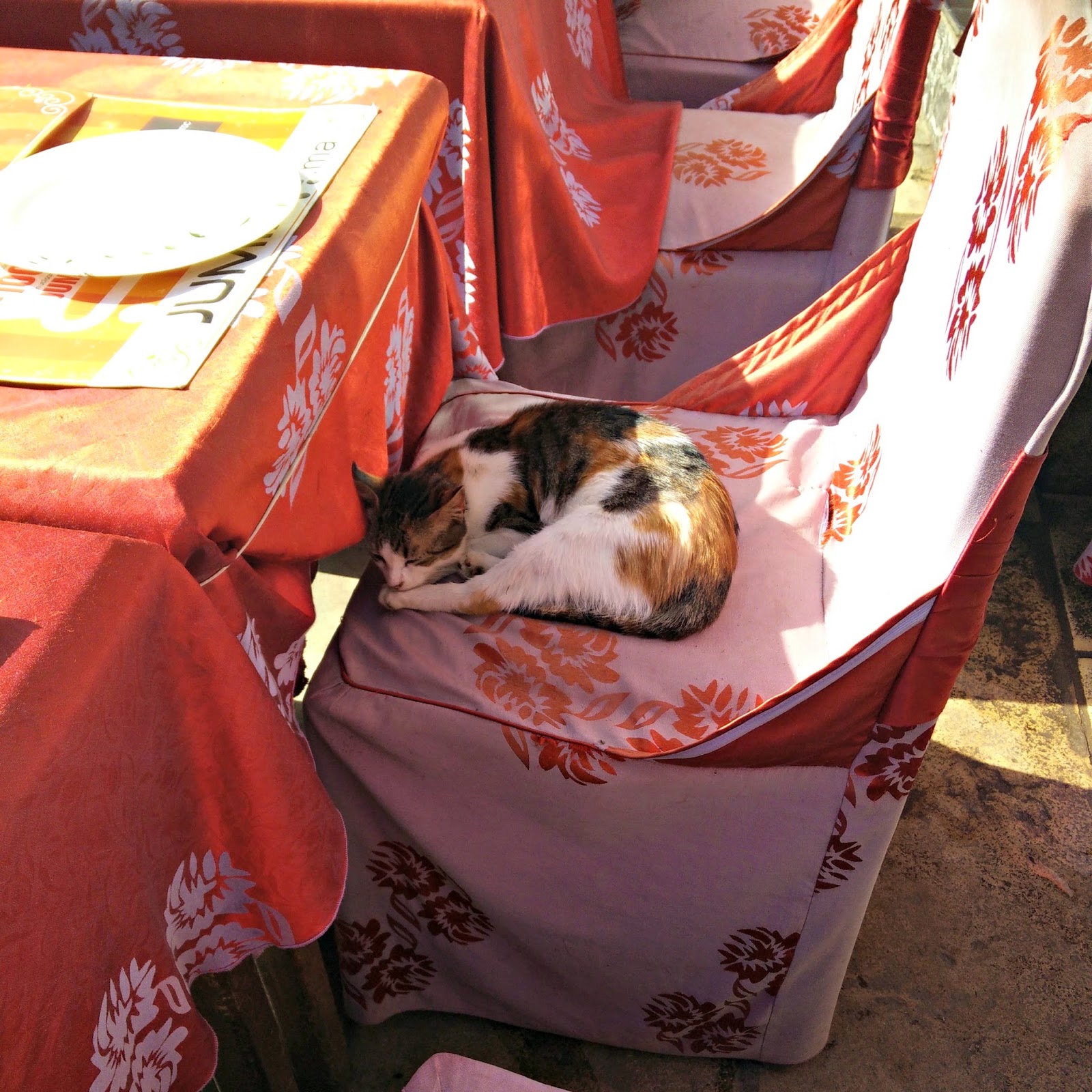 That doesn't mean that all the cats look ready to grace the cover of Cat Fancy. Some have clearly been in a few nasty scraps or had some bad luck with their health - they are living on the streets after all. Despite that, many still have their own beauty about them. One we found in particular was missing an eye, but still kept her fur neat and was happy to pose for the camera. 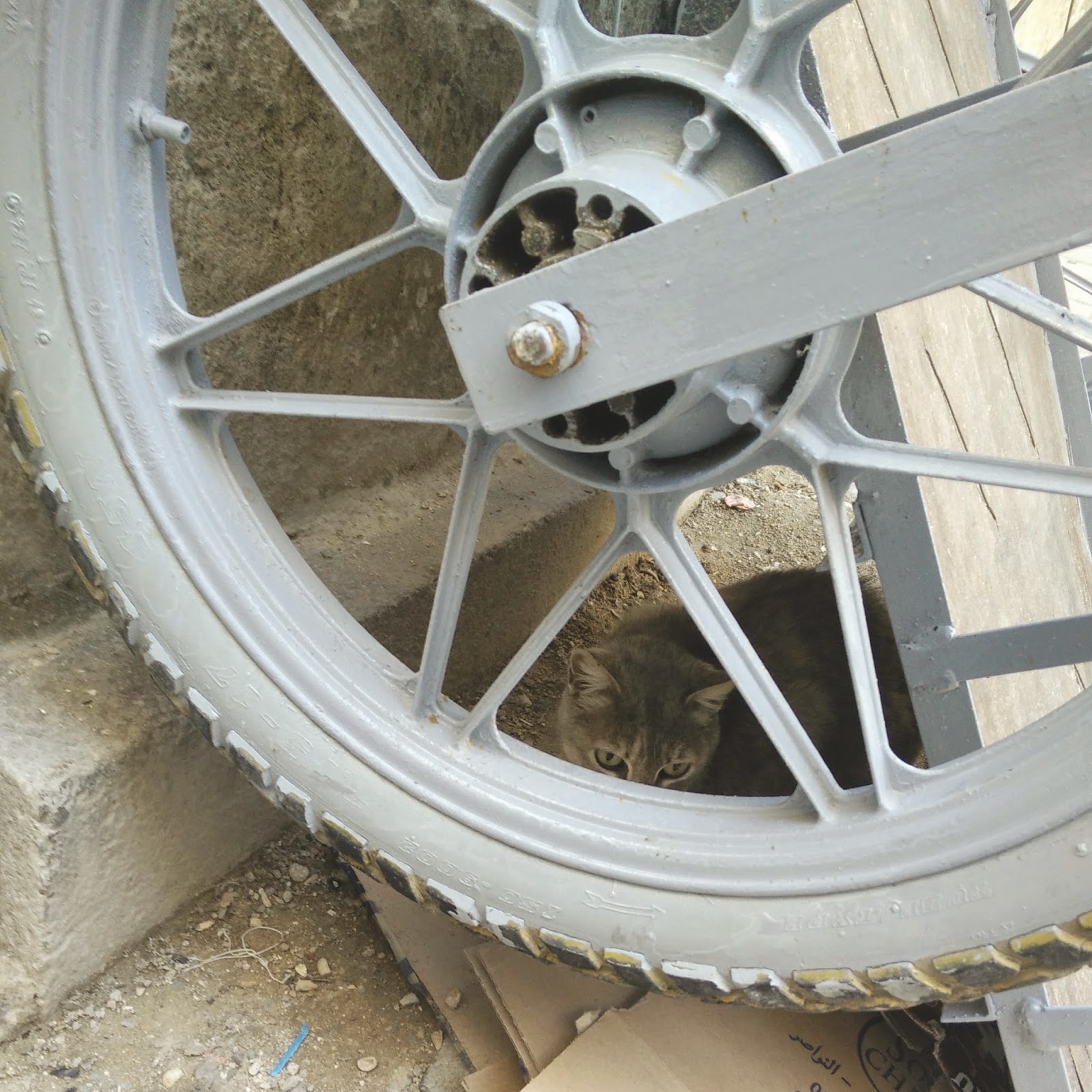 It can be a bit hard for a cat lover to see all these fur balls out on the street, but it is interesting to see how these cats play their part of the culture of the medina.

And it makes me more appreciative of my own cats' lifestyle on their behalf. They would tell me that there's room for improvement of their current condition, but they really have no idea how good they have it.

Many thanks to Megan for all her great cat pictures for today's post!

Have you noticed the local animals while traveling? Did you find them in a different or similar cultural role to the animals you normally come across?