Respect the Other Language

It's not easy being the foreigner. It's easy to feel frustrated by the official forms, notices, and garbled PA announcements that even native speakers can't understand. When you're out in public you might feel embarrassment while stuttering through this new language; you can get curious looks or hear comments from strangers when you talk to your kids in your own language; and feel like you always end up on display, like you might as well walk around with some sort of sign post detailing your origins like a natural history museum display. When you live and operate surrounded by your native language you don't have to think about these things - but when you become the foreigner you wonder how you never realized it before.

Home becomes a sort of "language safe zone." Once you close the door, no one else has any idea what's going on or what language is being spoken and you can relax (unless, of course, some stranger calls at the door). For us, time at home is also a time to work on keeping the Little Man's English up - he's still learning after all - and there's plenty of grammar and vocabulary to discover and master. For us, it's essential that he does well in his English, not just for the future, but also so he can communicate with his extended family. It's also part of his family history and identity, having that first language is a huge part of who we are. Most people I talk to understand this, even if they've never had direct experience raising kids in another culture.

But even in a country that prides itself on speaking multiple languages, I've come across a few people that have clearly communicated that our native English isn't important. Early in Little Man's peuterspeelzaal (toddler play class) experience, the teacher wanted to discuss his progress. He was still shy as he'd been in the class just a few hours a week for only a few months, so he wasn't speaking much in either English or Dutch at school. I hadn't started taking formal lessons, so I couldn't string a reasonable sentence together in Dutch either. The teacher knew we were new to the country and didn't speak Dutch and so held the conversation in English. She then told me, in English, that I should only speak Dutch at home with the Little Man. I was too surprised at the time for a witty comeback, but I managed to tell her (in English) that until I also learned the language it wasn't possible to keep whole conversations going in Dutch. That was the first time I had that conversation, but it wouldn't be the last - which was also in English. 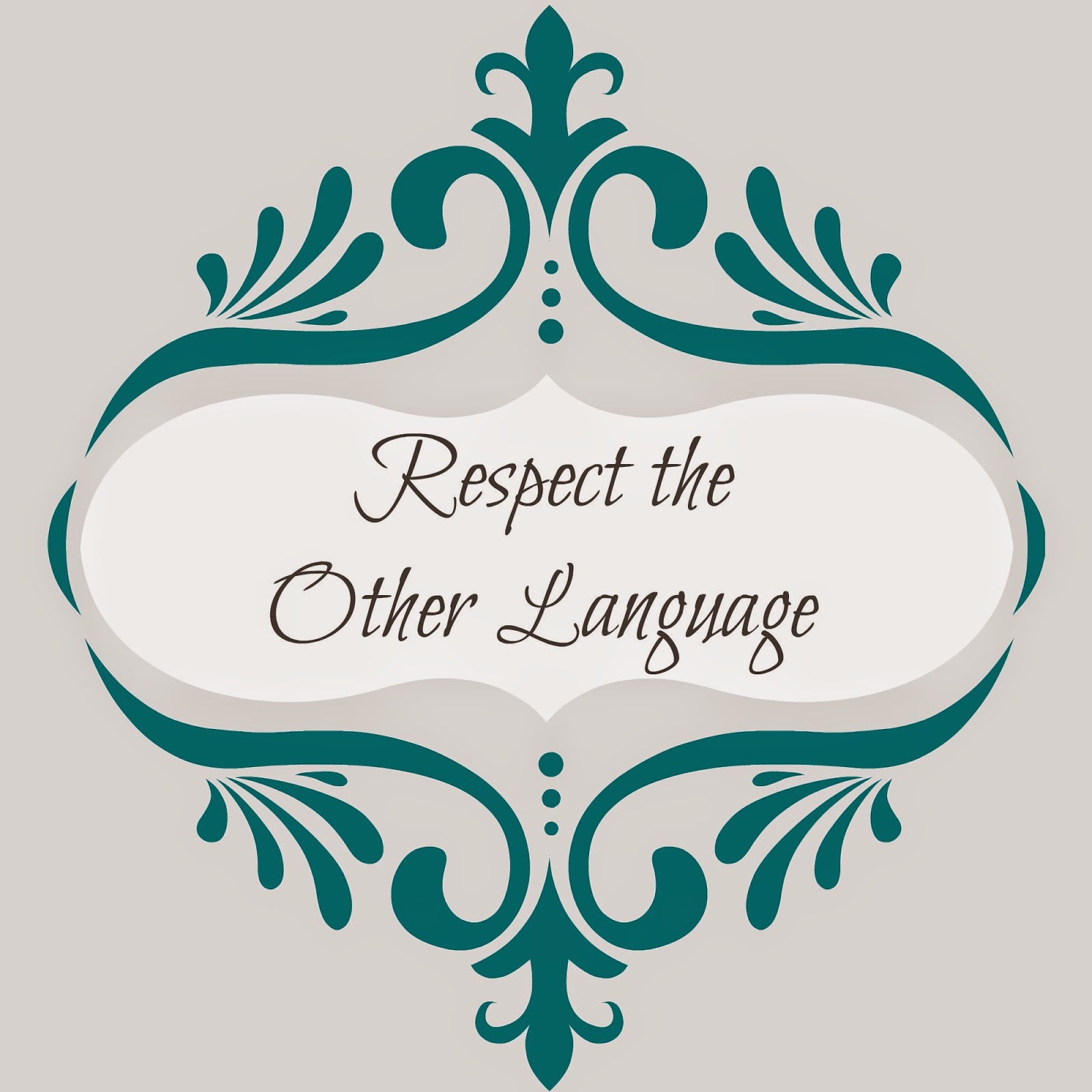 We're glad that we no longer hear those comments, and in Little Man's new school there is a great respect for the diversity of the students, which they're invited to share with their classmates. It's a refreshing change. But I've heard similar stories from other expat parents. People from all sorts of language backgrounds have been told, "If you live in this country, you should only speak this language." Fortunately, for me and my friends those experiences have only been caused by certain individuals and we've been able to ignore their unrealistic "advice" - but those encounters leave a bad taste in your mouth.

So I'm here to ask you: try not to be that person, okay? There's so much more to language than just using different words. Telling someone to ignore their native language is telling them to deny their identity, heritage, family, and comfort in their own homes and to hide those things from their own children. There's nothing wrong in encouraging someone to learn the language of the country they're in - but you cross a line of basic decency when you tell someone to abandon their native language in the process. Have respect for that person, where they came from, and what they speak. It's as simple as that.