I've had the pleasure to get to know some other bloggers on the interwebs, and I've connected up with quite a few based here in the Netherlands. In the process of getting connected, a collaboration began to get stories from all these bloggers into an anthology and get it out to the world. And now it's here! 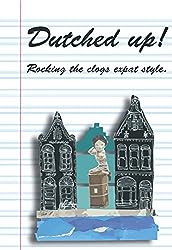 Dutched Up: Rocking the Clogs Expat Style is a compilation of the experiences of expat women living all over the Netherlands. There's a little bit of everything in here, giving you a glimpse into every aspect of expat life. Whether you're thinking about moving to the Netherlands, have lived in the Netherlands, or are considering visiting the Netherlands, this book has some great stuff in it. I'm honored be among these fabulous writers.

You can purchase Dutched Up here at Amazon.com or here at (the recently launched) Amazon.nl.

Dutched Up is also available here at iTunes books.


The Three Under – Farrah Ritter