Back in August, I wrote about how we've always been concerned about Little Man's Dutch. We want him to succeed (naturally), and with the new school year starting and the impending transition to the kleuterschool, it was on our minds quite a bit at that point.

Sometimes I wonder why we put these types of worry on ourselves. Little Man is picking the Dutch up well, and gaining speed every day. He used to only speak English at home - he was done with Dutch at the end of the school day - and now I overhear his solo-play in Dutch. Now I hear him telling kids on the playground how old he is in Dutch. Occasionally he comes to tell me something in Dutch (which I may or may not understand). It's astounding to think about when I compare his language skills to just 8 months ago. To be sure, there's still a ways to go. Sometimes English is still mixed into his Dutch sentences or he tries "Dutchifying" an English word when he doesn't have a similar word in his Dutch vocabulary. And like any 4 year old, he's going to build his vocabulary further. But it's coming along quite nicely. 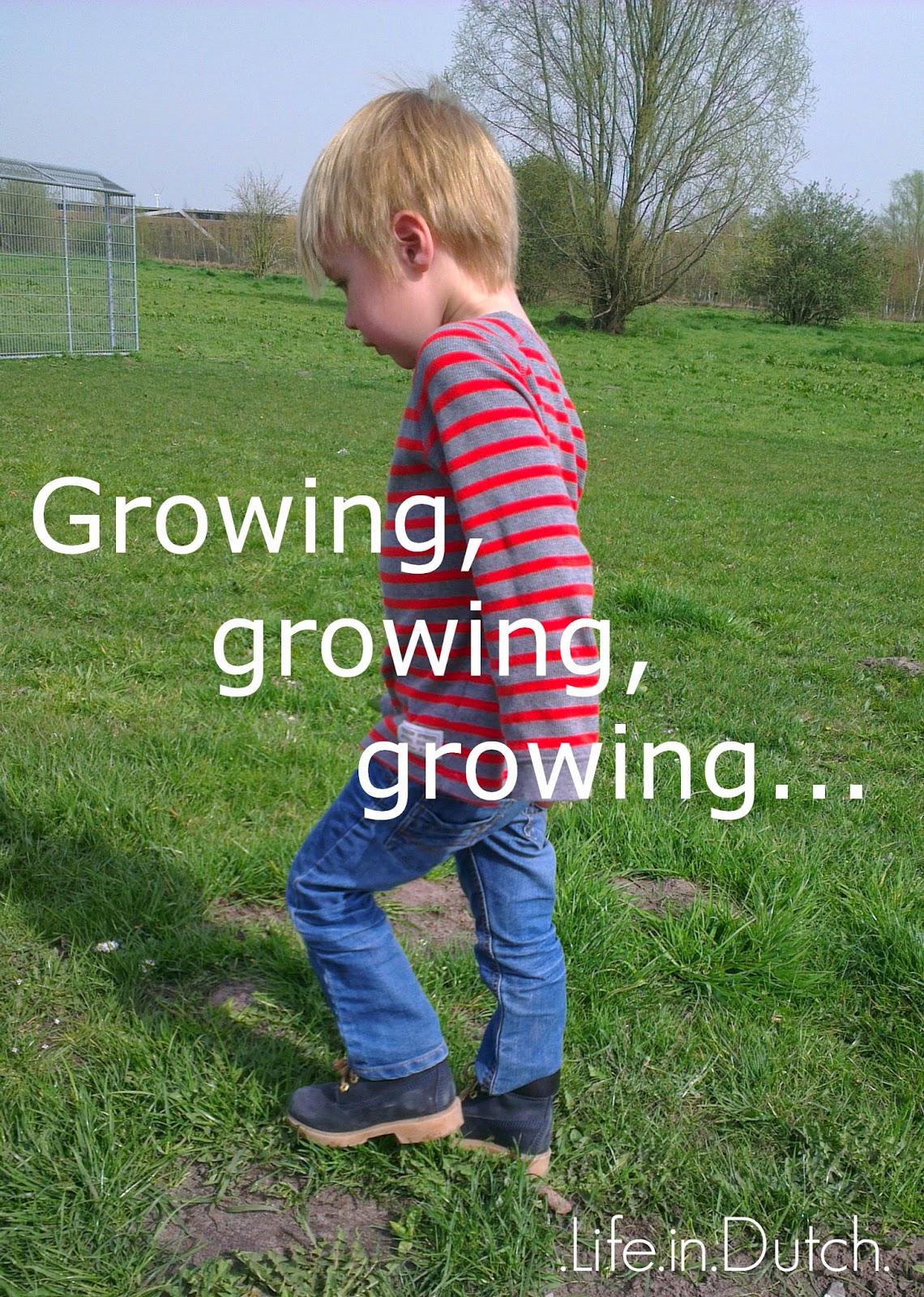 I'm really proud of this kid. While I'm always going to worry about his progress in some respect, I can see he's really starting to come into himself. And he's giving me motivation to keep up with him as best I can. There's a huge difference in a few months, and I'm feeling pretty positive about the next few months to come.

Have you ever been surprised by someone's progress? Or your own?
Posted by Ace CB