Last week we made a trip to London during the Voorjaarvakantie (Spring Vacation). It's something we wanted to do for a while, and though we made a point to do all sorts of things, I particularly enjoyed making some "literary" stops around the city. With so many options around the city it was hard to narrow down the list, but eventually I found three options that worked well with our itinerary.

First up was a trip to Paddington Station to visit our favorite Paddington Bear. 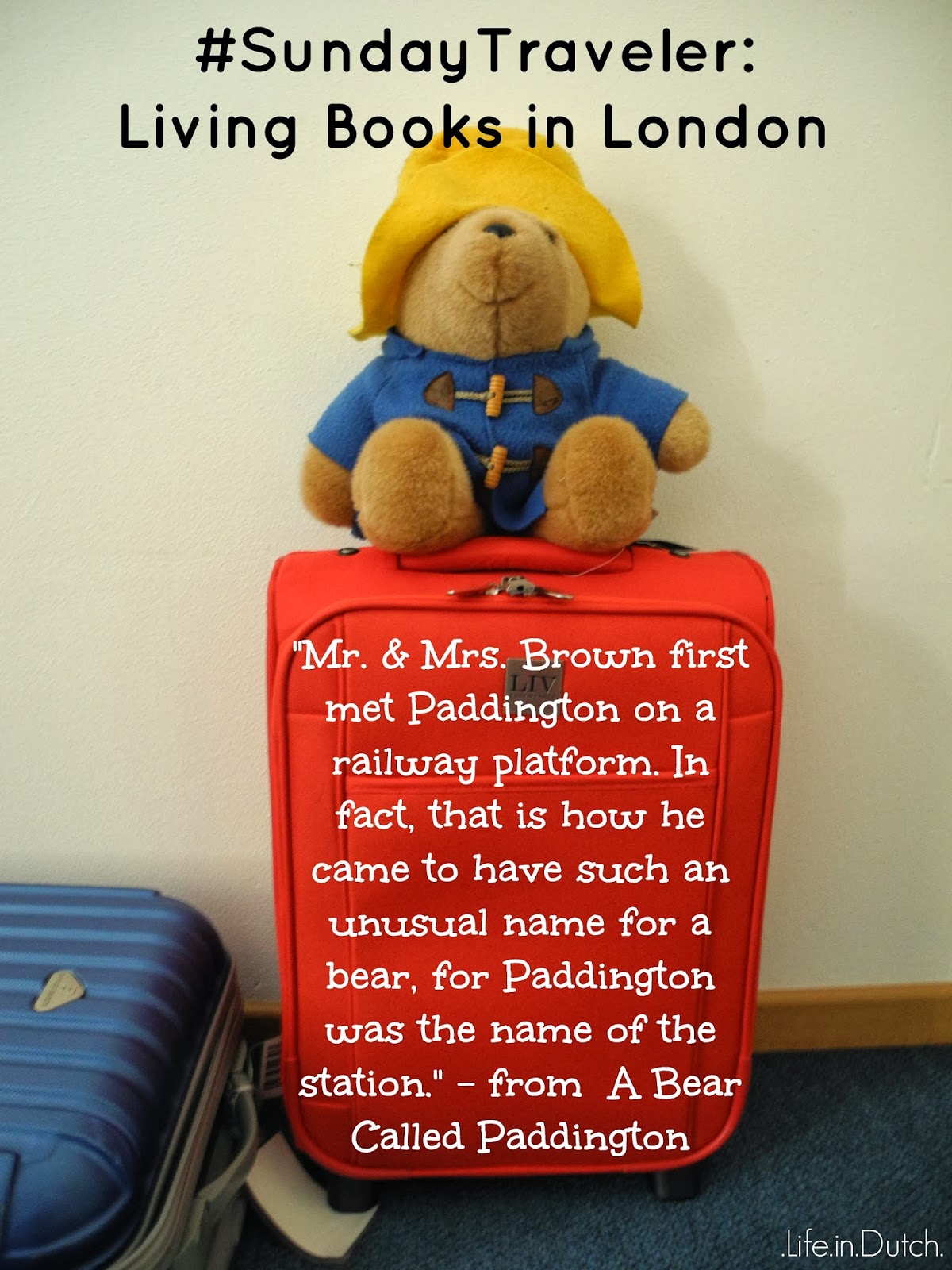 I first came to really appreciate Paddington Bear in 1995. During a trip to London to visit friends, my mother and I went to the station and visited a little Paddington Bear kiosk of goodies and took some photos with a stuffed Paddington Bear by a station sign. A few months after that trip, my brother was born and his nursery decorated with Paddington Bears and filled with several Paddington books, which were all passed down to Little Man. We still read many of the books and it seemed like a great idea to visit Paddington Station, where Paddington Bear's story and my connection with him began. Now a lovely statue commemorates Michael Bond's adorable bear and a much bigger, permanent shop stands full with even more Paddington goodies.

We added a new book from the shop to our library and recreated a photo with the Little Man. It was a great opportunity to share an experience like this with the Little Man, and it was something he also enjoyed doing after reading all of his Paddington stories.

The next evening we stopped for dinner at the Sherlock Holmes Pub, off Trafalgar Square. I found it in some of my initial searches of things to do in London, but didn't take the idea too seriously until I realized that we would be in Trafalgar Square around supper time. The pub is nowhere near 221B Baker Street, but it is fully dedicated to Sir Arther Conan Doyle's shrewd detective. The walls of the bar on the ground floor are decorated with various Sherlock Holmes memorabilia, and you can even order a pint of Sherlock Ale or Watson's Wallop; but the "museum room" in the upstairs dining room shows the sitting room at 221B Baker Street as Doyle describes it (and according to the pub's website, Doyle's family had a hand in helping the pub establish itself in the 1950s). 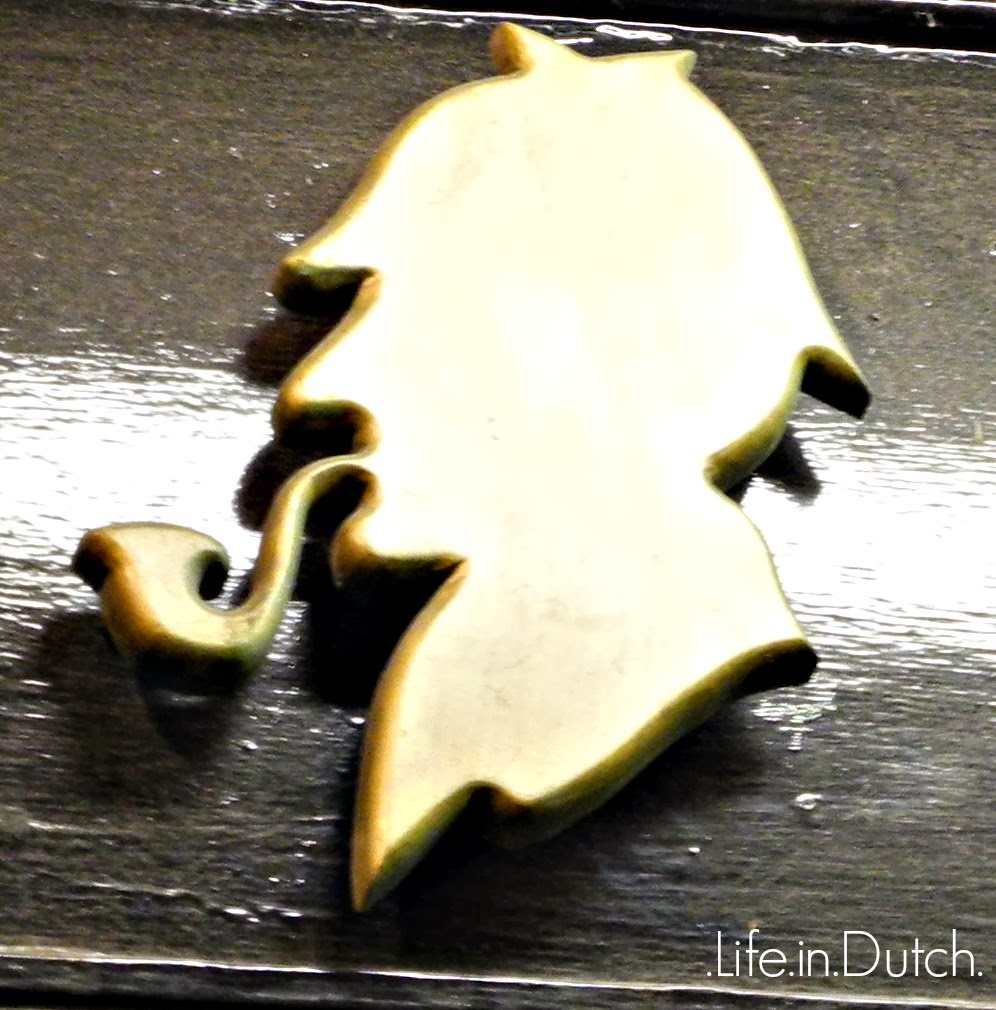 And in case you're wondering, the food is solid pub food, the staff was quite kind, and children are welcome. It may not be quite like Baker Street, but it was a fun atmosphere and it was nice to be surrounded by a clear appreciation of the stories.

Our final literary stop was entirely for my benefit only. I have read the Harry Potter series many times, and I just HAD to visit King's Cross Station. Since so many people have visited the station after viewing the Harry Potter movies, a special photo-op has been installed for fans. A luggage cart (halfway in the wall) lets you pretend to rush through the magic entry way onto Platform 9 3/4, and friendly staff will loan you a Hogwarts House scarf of your choice (though in full commitment to the bit, I brought along my personal Gryffindor scarf) and take your picture (available for purchase in the Harry Potter shop).


These are just 3 of the many places you can visit in London if you have any fondness for British literature. I love incorporating things we have read into our trips because it feels like there is already a strong tie to the city, especially for Little Man. I recommend checking out any sites that may be tied to what you've read (or watched) to give the trip another special moment. It's a great way to jump start your own imagination and excite your kids about the trip!

Have you ever gotten to "live" a book you've read on a trip? Or do you have a dream location to visit because of a book or movie?

Today's post is linked with the #SundayTraveler series hosted by Chasing the Donkey and friends. Please be sure to check out all the other wonderful blogs that have linked up! 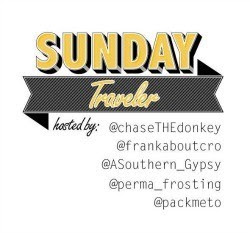