Not all beer in the Netherlands is Belgium beer. Some beer has more of a German heritage and some of it a more strictly Dutch heritage. Brand is a Dutch beer brand from the province of Limburg. Limburg is the province that sits between Germany and Belgium and there seem to be a number of breweries there.

Anyways, Brand beers, as far as we can tell, are on average "not bad". These are beers you might buy at the supermarket and drink at home, but you probably won't quite be satisfied. Nonetheless, for a cheaper beer this dubbelbock (double bock) has a lot of flavor. You could definitely do worse. If you judge your beer based on color alone, the color of this beer is quite nice.

This beer has been described as having a "rijke en robuuste smaak" (rich and robust flavor) by none other than Michel Bormans the brew master (brouwmeester) of Brand beers. If you can't trust him, who can you trust? 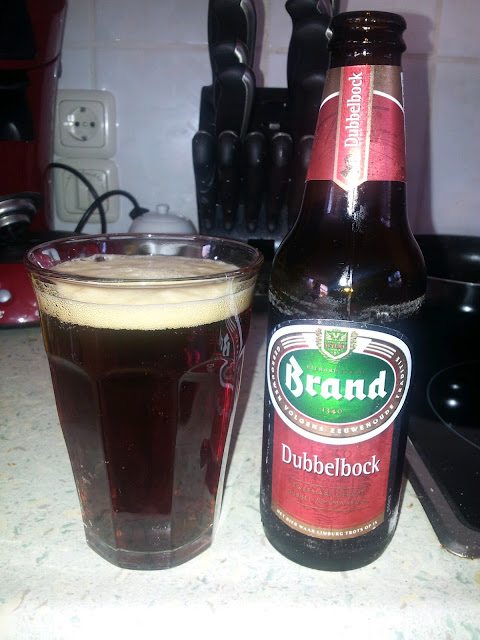