This is a little bit of a rewind... a couple weekends ago, inspired by Bumpa and Uncle E's own trek, we took our bicycles and rode to Belgium. We made it to Belgium and did a little more exploring in a town where the residents get to choose if they are Dutch or Belgian citizens, and more importantly, we found good Belgian beer and chocolate.

Google Maps puts the distance between our house and Poppel, Belgium at 19.8 km (12.3 mi) and the travel time at just over an hour. This looks like a lot but isn't actually all that bad - the land is flat and if we're not taking the train or bus, we're taking our bikes and our legs have grown accustomed to riding places. We do possess (somewhere) an official map of biking routes for our province, but we weren't able to find it any place, so we used the back up of Google Maps on our phones. For most of the ride, we used regular bike paths or streets and saw some of the country side - with Little Man's running commentary of animals ("Koeien! Paarden! Schaapen! Konijntjes! Pigeons!" ("Cows! Horses! Sheep! Bunnies! Pigeons!")) singing out from his bike seat. But then Google directed us to a wooded path.

It wasn't too bad in the beginning, just a little bumpy from the tree roots, but then we hit some really thick, deep sand which was none too friendly to the street bikes we ride. We managed to push our bikes through and found some more paths... and this is where it started to get really ridiculous. Not only were we in sand, but now we found some tiny foot bridge that likely wasn't meant for bikes (I'm just guessing since the angled gate on a step up wasn't quite wide enough). This is also where I started taking photos and kept laughing at the route we kept following. 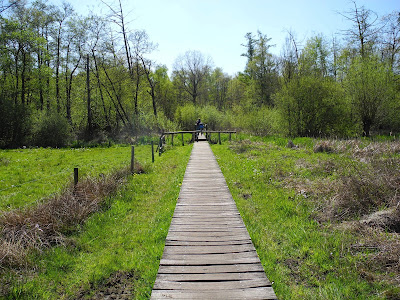 And then there were more dirt (deep sand) paths. 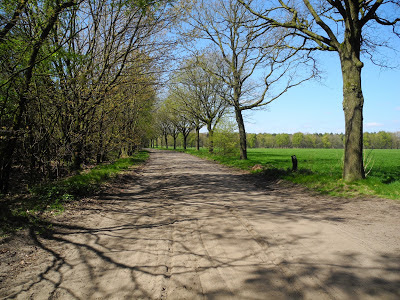 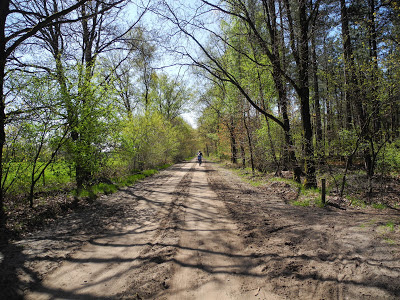 After finagling the Google Maps route, we did finally reach the border.

Western Europe is well past the days of border patrols and everything else - all the EU treaties and whatnots make it easy to cross borders without presenting ID or even finding a flag indicating what country you walked into.

We did find a small marker, and sat on a bench to enjoy a little bit of lunch. 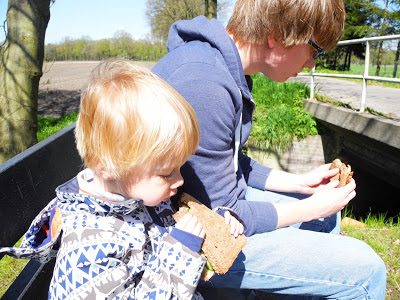 We continued on to Poppel, a village in Belgium. Along the way we found the glorious Tomaatautomaat - a vending machine for fresh tomatoes outside a tomato farm.

We bought some - because why wouldn't you after finding something as amazing as this? - and they were delicious, and at only 1 euro they were cheaper than what you find at the store or the market.

We did a quick ride through Poppel's city center, stopping for some ijs (ice cream) at a little snack shop.

We knew that we were near Baarle-Hertzog/Nassau a village with borders as complicated as it's history. Officially, Baarle Hertzog/Nassau is an enclave - a territory only accessible by going through another territory - it is one of only four enclaves in Europe - but the border zig-zags all around town, even right through buildings in a few cases. The two governments (Belgian and Dutch) work together to make life in the village work, but, like I said, it's complicated.

In order to provide a little more simplicity to knowing if you're in Belgium or the Netherlands, the border is marked on the sidewalks and streets. 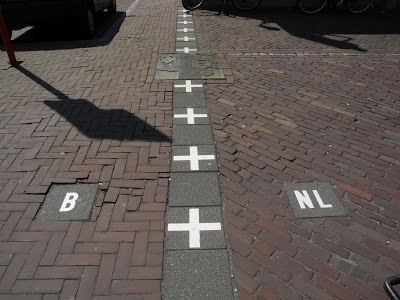 And each house has a special marker for the house number with either the Belgian flag... 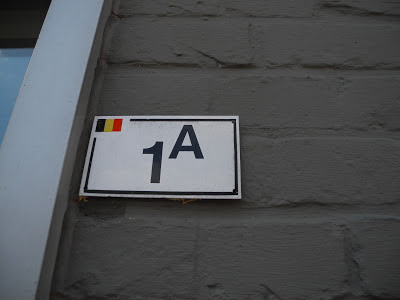 Or the Dutch flag to indicate the country to which the house belongs. 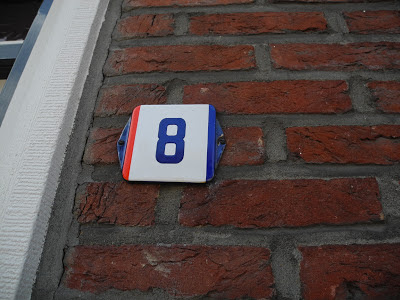 But even with these markers, we still managed to leave the Little Man by himself in Belgium.

As the afternoon wore on, we figured we would make the most of being in Belgium by buying beer and chocolate before heading home. Really, it would have been stupid if we hadn't. As imports to the Netherlands, both items are more expensive as soon as you cross the border; but since both countries use the Euro, it's easy to find something delicious without making a currency exchange. (I can only imagine the currency-craziness that must have occurred before the adoption of the Euro... yeesh...)

We double-checked and modified our route home to avoid more sand traps, and had an uneventful return trip. And we thoroughly enjoyed both beer and chocolate.